This gentleman is the orthodox high priest of the Cathedral of the Holy Trinity. Upon finishing an outdoor mass he approached me and asked if I wanted to go inside to see crypts of Haile Selassie a.k.a. Ras Tafari and his wife which are kept inside, adjacent to the vestibule. He must have thought I was with Nat Geo or something as apparently they usually charge a ‘museum’ fee for that. I’m sure it’s intended to not only, well, raise money for the church, but also as a means to restrict the crowds and prevent the church from becoming a scene like that at Mao Zedong’s mausoleum. At any rate, I took him up on the offer and moments later found myself standing over the auxumite granite tombs of Emperor Haile Salassie (The Holy One), his wife Empress Menen Asfaw and other family members. I took in the significance of the moment. Not so much out of respect for his status as a leader, but more so from being the huge fan of reggae music that I am. I mean I’ve been hearing about this guy from Bob Marley, Peter Tosh, Jimmy Cliff, Toots and all of my other favorite rasta’s my whole life! The least I could do is bow my head for the inspiration he gave those fellas, right?
As he was escorting me out, I thanked him quietly yet profusely and asked him if I could make a portrait to remember him by to which he gave an approving nod. I and I left that church feelin’ irie I for the rest of the day! 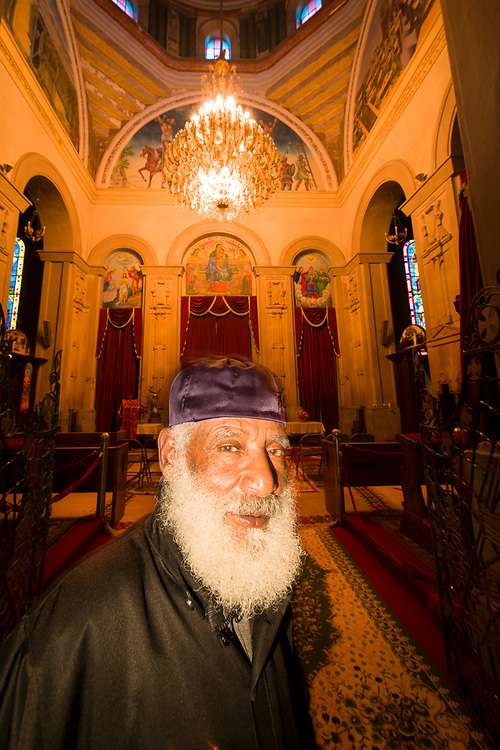